Welcome to the Black Ram Arena. Here the mightiest warriors from all over the world can test their strength against powerful monsters, fight while mounted or face eachother.

This is a bi-weekly event taking place of Thursdays at 5pm ST, interchangable with the Elysium fight club

The most basic of rules you might already know from places such as the Elysium fight club but here's a rundown:

A typical player versus player match starts with both players rolling by using the /dice command in a party chat with the venue organisers, away from the eyes of the public to decide who starts first. This is called a roll for initiative.
After the initiative roll, the player who won the roll, starts his attack by describing it in the chat, usually by /emote or /shout chat and then rolls the /dice yet again. The other player rolls as well for defense. If the attacking player's roll was higher than the defender's, he scores a hit. Otherwise it's a miss. The defending player reacts accordingly in the /emote or /shout chat and now it is his turn to attack.The fight goes on until any of the two players scored three hits on the other one.

After a period of 45 minutes the fight is considered to last too long and the fighters will undergo one deciding roll of "sudden death" to know who is the victor of the fight and depending on the current score of the fight.

"Jousting" combat works just as regular combat except the players are mounted. Standard rules apply mechanics-wise.
In terms of In-character reactions though, the one that drops off the mount, loses. This means that throughout combat the players react how they try to dismount the other oponent and at the same time try not to touch ground themselves.

The fights take place on the long arena on the outside of the venue since you cannot mount inside.

Man vs monster. Register yourself to fight outside against a monster or volunteer to be a monster yourself! Standard rules apply except your opponent is me (or another player who wills it) RPing as a monster of choice that's a mount. These fights are going on in the open air jousting arena.

A special mode and the most complex feature of the venue. In this mode one character fights against a group of others all the way up to 4 at most, but the lone fighter will have a selection of special skills to mechanically aid him in the fight and make it an interesting show for everyone to witness.
These skills are available for preview at one of the buttons below.

These fights take place inside the venue, in the underground arena. 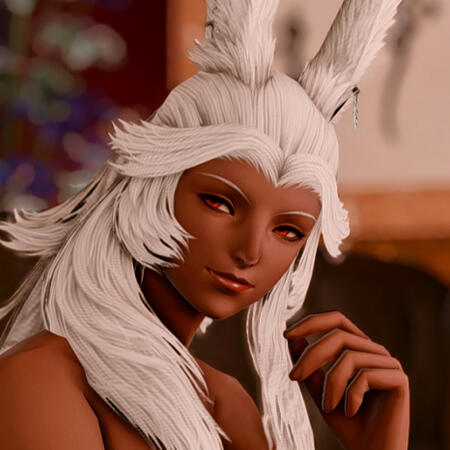 Long time fighter, fiersome axe-wielder and known bounty hunter. Mjern established the Black Ram Arena to gather round those who wish to always test their skills and grow ever stronger. 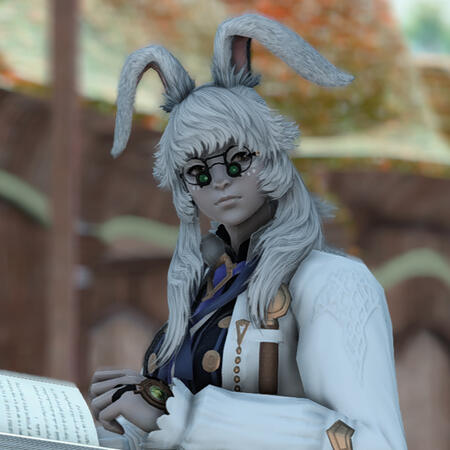 Reticent but kind older viera. Expert on Doman healing arts and medicine, self-taught botanist and alchemist, avid traveler and seeker of knowledge. She's seeking a way to undo a hundred years old curse. Please do not freak out if she suddenly starts growing fur. 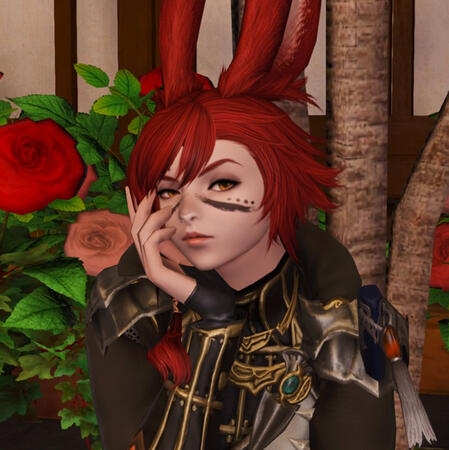 An experienced fighter who favors the katana with a shadowed past. Kairi jumps at any opportunity to test her abilities and expand her knowledge be it in battle or whilst commentating during bouts.

1. No fighting outside of the two designated arenas.
2. No OOC drama. Take it into PMs.
3. This is not an 18+ venue, which means no NSFW content, ERP or anything of the like.
4. Friendly suggestions are always welcome. Feel free to adress them to Mjern Hyskaris or on discord to Smoku#3688.
5. We're open for collabs with and advertisement of other venues we deem our friends. Please refrain from advertising a venue unless you get a permission from Mjern.
If you wish to be announced as a sponsor, feel free to talk about it with Mjern.
6. Avoid using the /yell chat since it's used by the organisers and commentators.
7. This is strictly an RP venue, keep OOC talks and comments to a minimum and in brackets in the chat.
8. Since lots of the fights are going on outside, it'll be commonplace to see non-RPers come over see what's the commotion about. Pay them no mind or politely explain them on PM what's going on if you feel like it. Avoid arguments and insults. While outside use /em for battle emotes to avoid disturbing the neighbors.
9. Drink the potions you are served when playing as the One.

Fighting against a group of characters that mechanically work the same way as you is hardly fair. So the One character receives Boss-like skills to aid him in this endevour to make the fight a show worth remembering.
Skill names mean nothing IC-wise, they're there only for the sake of ease of use to communicate which of these the One player chooses for his fight.

PLEASE INFORM MJERN OF THE SKILLS YOU HAVE CHOSEN BEFORE THE FIGHT STARTS.

Number of Skill points to distribute goes up with the number of people against the One.
2 enemies- 5 points, 3 enemies- 12 points, 4 enemies- 15 points
You can pick any number of skills as long as you stay within the point limit

If you wish to sign up to take part in the event as a fighter, simply PM Mjern Hyskaris either in-game or by discord at Smoku#3688.
You can sign up for whichever attraction you wish to fight in. If you don't have anything specific in mind, you'll be randomly selected to take part in a game mode.
The "One vs Many" mode is going to be limited by the number of contestants signing up as either the One or the Many.
If too many "Ones" apply, the priority will be given to the ones that signed up faster and you'll be informed by Mjern about any change in scheduele.

FEEL FREE TO SIGN UP AS A MONSTER AND USE A MOUNT OF YOUR CHOICE AS A PROP TO FIGHT SOMEONE.

We're partners with the enormous Endless Nights Events. Take a look at their site and witness a gigantic hub for RP events galore for everyone.

The best tavern around and Mjern's totally not biased saying that because she's a member of the staff, nope. Come around for some bar RP in a popular bar hosted every Sunday on Lich, Lavender Beds Plot 3 Ward 11

The Elysium Fight Hall
A place where history is defined, time and time again. Elysium, where you enter a lowly fighter, but ascend as legend.
This Hall is where many experienced fighters gather to test themselves against one another (and often against the commentators as well). Join them bi-weekly on Thursdays (swapping with us!), 6 Server Time, in the Mist, Ward 17, Plot 32, on Lich.

The Fortune Training Hall
The Fortune Training Hall, located within the Goblet, is a training facility specialising in tutoring characters IC on ways to fight and players OOC on how to describe said fights. Join us every second Wednesday at 7 Server Time, located in Ward 9, Plot 14, to make use of our facilities or our wide range of specialist trainers. We cater to both IC and OOC requirements, so don't be afraid to spend some time with us if you want to improve.

Celeste Potions™ are a prominent pharmaceutical company, comprising of different sub-fields pertaining to the development, production, and marketing of potions and medicinal products. Recently undergoing new management, they are no longer exclusively selling to the Guilds. In order to expand their products to make them accessible for not solely the upper-classes, Celeste Potions™️ are branching out to many different associations.